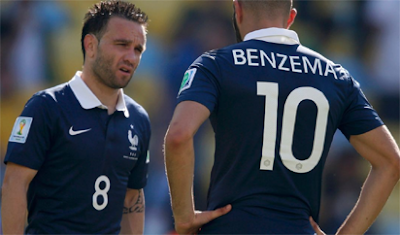 The Court of Cassation annulled a Versailles Court of Appeal ruling in December to send Benzema to trial for allegedly attempting to blackmail Valbuena over the sex tape.

The case now goes before the Paris Court of Appeal which will weigh the latest ruling.

"If the chamber of instruction (of the Paris court) follows the decision of the Court of Cassation, it will have no other choice than to pronounce the entire proceedings void," Benzema's lawyer Patrice Spinosi said.

Benzema was placed under investigation and dropped from the French side after the sex-tape scandal erupted in 2015.

Investigators suspect Benzema of acting as an intermediary between the presumed blackmailers -- including one of his childhood friends -- and midfielder Valbuena, then a Lyon player.