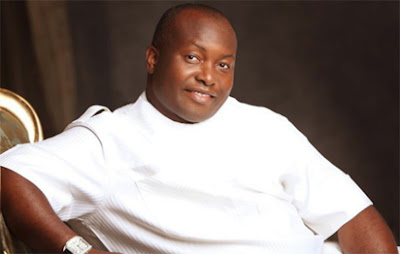 Ubah made the disclosure at the on-going public hearing organised by the House of Representatives Committee on Petroleum Downstream.

The committee is investigating the alleged disappearance of 82 million metric litres of petrol belonging to NNPC that was stored at Capital Oil tank farm in Lagos.

Ubah said that instead the national oil corporation was owing him N16 billion.

According to him, NNPC blew the entire incident out of proportion.

He added that claims and counter claims by both parties were subject of litigation and investigation by anti-graft agencies.

“The contract which is what we operate with NNPC puts us in a position of a stock manager which is somewhat the vessel akin to an oil bank.

“This allows for coming in and loading out of products so long as we ensure that all parties having products in our storage ultimately receive their total stock.

”The NNPC in the past has also borrowed products from us to keep their supply and distribution chain running.

“NNPC claimed that we owe N11 billion but failed to reveal that they owe us N16 billion with a key portion of the debt spanning over two years,” Ubah said.

He added that his company had not denied that it had in stock products belonging to NNPC but accused the national oil company of failing to conduct a reconciliation with Capital Oil before rushing into making allegations.

Uba said the contract his firm had with NNPC did not contain any clause for the payment for products in its tank farm in cash in the event that NNPC needed its products.