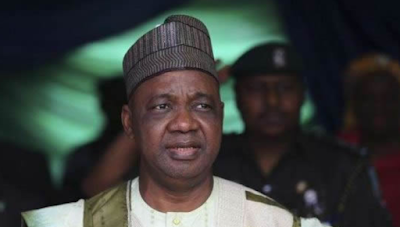 A Kaduna State High Court, on Thursday, remanded a whistle-blower, Abubakar Sani-Chindo, in prison for allegedly providing false information that led to the raid on former Vice-President Namadi Sambo’s residence in Kaduna by officials of the Independent Corrupt Practices and other related offence Commission on June 28.

Sambo’s house was raided thrice by the anti-graft agency, but failed to find incriminating documents

or stashed cash in the building.

The ICPC, in two counts before Justice Aliyu Mohammed, accused Sani-Chindo of providing the false information that led to the reported raid.

Counsel for the ICPC, Elijah Akaakohol, added that the whistle-blower sometime on June 21, 2017 gave the false information to the commission.

Count one of the charges read, “That you, Abubakar Sani-Chindo (alias Abdullahi Mohammed) (m) sometime on  June 21, 2017 or thereafter at Kaduna, Kaduna State, within the jurisdiction of this honourable court, knowingly made a false statement to Mr. Olusegun Adigun, an officer, in the exercise of his duties as a public officer,

“That sometime in 2013, you conveyed a huge sum of money both in the Nigerian and other foreign currencies from the Abuja airport to a house in Ungwan Rimi, GRA, Kaduna, on the directive of a retired Army officer, which money you suspected to be ill-gotten wealth and still lying in boxes in that said house at the moment of your report and of which you made the officer of the commission of the ICPC to carry out a sting operation that turned out to be false, thereby committing an offence, contrary to Section 25(1) and punishable under Section 25(1b) of the ICPC act 2000.”

After the charges were read out to Sani-Chindo, he pleaded not guilty to all the charges.

Justice Mohammed ordered that the accused person be remanded in prison custody.

He adjourned the case till November 2 to enable the accused person to secure a counsel when the case will come up for hearing.