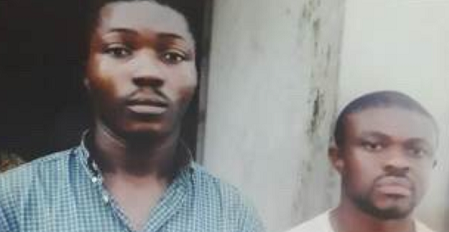 The Police in Lagos yesterday announced the arrest of a man who allegedly attempted to defraud his brother of N60m by staging his own kidnap.

The spokesman of the Lagos State Police Command, ASP Olarinde Famous-Cole, confirmed the arrest to newsmen.

According to Famous-Cole, on July 3, one Victor Udoh reported to the command that his younger brother, Ufom Edet Udoh, was kidnapped by unknown persons at Liverpool in Apapa area of Lagos state.

Famous-Cole said men of the command’s Anti-Kidnapping Squad, quickly swung into action and traced calls the complainant received on his phone.

He said that this led to the arrest of one Paul Philips Okiemute, who reported the case at the workplace of the supposed victim.

“Okiemute, upon questioning, confessed that Udoh staged his own kidnap to collect money from his elder brother, to solve his financial problems.

“Udoh was not kidnapped at all. It was all a planned attempt to stage his own kidnap so that he can be paid N60m ransom by his elder brother.

“The suspect said he made calls to the victim’s elder brother with an unknown number, demanding a ransom of N60m. Ufom Edet Udoh was later picked up and he confessed to the crime.

“He confessed to having checked into a hotel at Iyana-Ipaja area on July 3, where he spent three nights without food and water, hoping to cash the money,’’ Famous-Cole said.

The police spokesman added that the Commissioner of Police, Lagos State, Mr Fatai Owoseni, however, ordered that the suspects should be immediately charged to court, “to serve as a deterrent to others who may want to cause a breach of the peace in Lagos State’’.