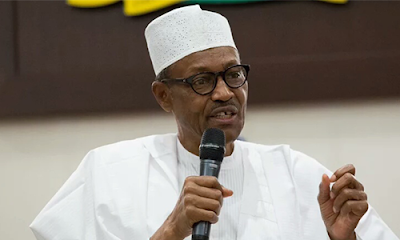 As uncertainty continues to grow over President Muhammadu Buhari’s health condition in the United Kingdom, his kinsmen in Daura have asked that Nigerians should intensify prayers for the President and accord him his privacy.

A cross-section of the President’s kinsmen expressed the view during the week when Saturday Punch visited Daura, his hometown in Katsina State.

At the palace of the Emir of Daura, Alhaji Umar Farouq Umar, a senior official who didn’t give his name, said Nigerians should continue to support the President in prayers and respect his privacy.

He said, “We offer prayers for him here on a daily basis and every Jumaat; we pray for him in the mosques and eagerly look forward to his safe return to Nigeria very soon.”

Also, an official in the Daura Local Government secretariat, Alhaji Haliru Majigiri, who described the President as a father figure to many residents of the town, begged Nigerians to allow Buhari to rest and regain his health in the UK.

According to him, Nigerians should intensify prayers for the President.

He said, “We are talking about the nation’s president and not an ordinary Nigerian. The government has the right to either disclose details of his health status or not. The government can also decide not to disclose the amount it has spent on him. People should allow him to recover since he handed over to the Vice President before leaving the country.

“I will still appeal to every Nigerian to offer more prayers for the President’s recovery. He is like a father to all of us here in Daura. All I would say is that we should all continue to pray for his recovery.”

To Mallam Abdulilyas Kareem, a public commentator based in the state, what President Buhari deserves from Nigerians are prayers and not additional trouble. Kareem described calls for the public disclosure of the President’s health status as a distraction and a waste of time.

He said, “It is an open secret that President Buhari is a lone ranger in his fight against corruption and he is doing all he could to put a stop to the problem. But now that he is ill and out of the country for treatment, political jobbers have turned the issue to unnecessary distraction and political issues instead of assisting in continuing with the fight against corruption so that we can salvage the country.

“Personally, I will urge Nigerians not to relent in their prayers for the President’s recovery for the sake of the progress of the country.”

Also, Katsina State Chairman, Nigeria Labour Congress, Mallam Tanimu  Saulawa, said, “I believe the President had done what was expected of him constitutionally before his medical trip. This is our President and Nigerians, irrespective of tribe or religion, should show the spirit of nationalism.

“We should rather intensify prayers for him for his recovery because the national responsibilities on him are enormous.’’

“Anyone can be sick, so why is everybody attacking the President as if he is not a human being? The last time he was in the country, he told Nigerians that he was ill and had never been that ill, so what else do you want him to do?” Awalu asked.

Ahmed Garba and Mohammed Salisu, who are both students at the School of Health Technology, Daura, also called on Nigerians to leave Buhari alone, adding that the President should not heed calls for his resignation as they believed he still had a lot to offer Nigerians.

“As human beings, we all fall ill at one time or the other, so people should leave the President alone,” Garba said.

A commercial driver in the town, Kamar Majigini, also called for a united Nigeria, adding that Buhari “should be left in peace to regain his health.”

Katsina-based civil society organisations, the state chapter of the National Conscience Party and others have criticised Fayose and Fani-Kayode for their comments against the President.

Although they supported the calls for the government to be more open with Nigerians about Buhari’s health, they lambasted those calling for the President’s resignation.

For instance, the state Chairman of the Coalition of Civil Society Organisations, Dr. Bashir Ruwangodya, said he was saddened by the comments made by Fayose and Fani-Kayode, which he described as sentimental, political and bad for the nation’s progress.

Ruwangodya said, “I am saddened by the comments of Governor Fayose and Chief Fani-Kayode doubting the Acting President’s claims on the health of President Buhari. They have introduced politics and sentiments into the whole development instead of being realistic. Osinbajo has demonstrated his commitment and neutrality on the matter.”

He, however, said that as Nigeria’s President, issues concerning Buhari should be made known to Nigerians.

The chairperson of the state chapter of a non-governmental organisation, ‘Women for Peace,’ Hajiya Halima Dangiwa, said all inquiries regarding the nature of the President’s ailment, the amount so far spent on his treatment, and sundry issues, should be reserved for Buhari to answer when he returns.

She said, “Nigerians should continue with their prayers for the recovery of the President. We should wait for him till when he recovers and returns to the country before raising all the issues concerning his sickness. As a mother and as a Nigerian, my concern is for the recovery of President Buhari and I enjoin every patriotic Nigerian to continue to pray for him.”

But the Chairman of the National Conscience Party in the state, Mallam Abdul Shehu Sani, said Fayose and Fani-Kayode were entitled to their opinions but called for caution.

Sani said, “Both Fayose and Fani-Kayode are entitled to their calls for the true status of President Buhari’s health. Their demands are in line with the principles of transparency and accountability of the present regime. But I believe this is the time Nigerians should see themselves as one and forge a common front.”

He, nonetheless, implored Nigerians to continue to pray for the recovery of the President.