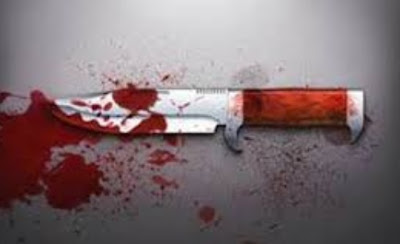 A man identified as Ogbonnaya Igwe, has been nabbed by the Police in Aba, for allegedly killing his girlfriend, Ijeoma Chibuzo, for defrauding him over an agreement to abort her pregnancy in Aba, Abia State.

Police sources told Saturday Vanguard that Igwe had invited his girlfriend to his residence at N0. 22 Obohia road, Aba, where an argument ensued. He allegedly made for his pump action rifle and shot her dead.

Parading the suspect, Abia State Commissioner of Police, Mr.Leye Oyebade, said the Police received information that a woman was shot dead at No.22 Obohia road Aba, and met the deceased in a pool of blood. He disclosed that the suspect was arrested while hiding at the ceiling of the house.

When a search was conducted on his apartment, a Pump-Action rifle and double barrel gun with 15 live cartridges and 4 expended cartridges were recovered.

The corpse of the deceased later identified as Ijeoma Chibuzo was deposited in the mortuary for autopsy while investigation continues.

In an interview with newsmen, the suspect who claimed having a license for the pump action rifle discovered in his apartment denied killing his girlfriend. However, he stated that Ijeoma had been defrauding him over their agreement to abort the pregnancy.