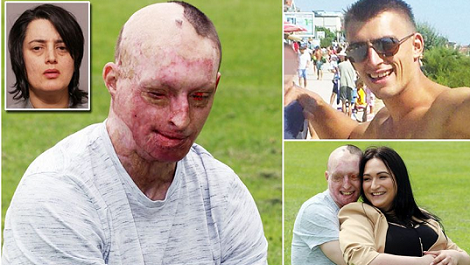 Startled Daniel Rotariu was roused from his sleep by the splash of liquid over his face and body.

He thought it was hot water. But within a couple of seconds a searing pain surged through him and he realised it was acid burning through his skin.

It was 2am and crazed girlfriend Katie Leong had poured half a litre of sulphuric acid over him – dissolving his face.

In an instant Daniel, 31, was robbed of his identity forever... and left blind.

He is just one of thousands of British victims in an horrific crimewave where corrosive liquids – available on the high street – are the new weapons of choice.

Daniel now wakes in a sweat at the same time every day, reliving the horrors of that night. Today, as a Sunday Mirror investigation reveals an unprecedented rise in attacks, he urges the Government to regulate the corrosive substance market.

Speaking in the wake of horrific attacks in London last Thursday , he said: “The acid took something from me that I’m never going to get back. I will never be the same. I will never forget the shock, then the pain as the acid burnt through my skin and the helplessness of not being able to stop it. Then the realisation my life changed forever.

“Acid attacks scar victims for life, not only on the outside but deep inside. Something has to change to stop these evil people from accessing their weapon.

“Sulphuric acid shouldn’t be sold to the public without a licence. It’s so easy to buy, it’s scandalous. How many lives need to be ruined before it’s banned?”

New police statistics reveal attacks have increased by 50 per cent in just 12 months. The official toll since the start of 2015 is 1,375 – but the real figure is likely to be nearer 2,000. Daniel spoke after two teenagers were held over five acid attacks carried out by moped riders in London on Thursday.

Police said one victim had “life-changing” injuries. Daniel’s own life changed in January 2015 when the press setter, originally from Romania, moved into a shared house with Leong and friends in Leicester. She claimed to be 36 but was 51. They began a relationship which turned toxic over her jealousy.

He planned to move out but Leong struck before he could go.

Daniel said: “I woke up, I had been sleeping alone after another argument with Katie, and as I came round it felt like she was throwing hot water on me.

“I didn’t know if it was a dream. The shock, the pain, that burning sensation. I can’t describe it. I leapt up, then I felt in my mouth that it was acid, not water. My right eye became foggy.

“Then my other eye left me. Everything went white, like I was surrounded by a very thick fog.” Leong had tipped a 500ml bottle of 96 per cent sulphuric acid over Daniel. A court heard she tested it on sausage meat first to be sure it would burn human flesh.

Daniel spent five five weeks in a coma as doctors at Nottingham City Hospital burns unit fought to save him.

His dad Dorin flew to his side. Daniel added: “I’m told he was crying like a baby, he couldn’t even recognise me.”

After five weeks, Daniel was woken from an induced coma. He said: “To my horror, police told me Katie was in jail. They suspected her of carrying out the attack. They also told me she was in her 50s, not her 30s. I slowly began to realise I didn’t know her at all.”

Daniel couldn’t move, couldn’t see, couldn’t talk and became suicidal. He was moved to a support centre where one worker, Anna, turned his life around. She saw past the scars and fell in love with Daniel – even quitting her job to avoid a professional conflict.

Anna recalls: “I enjoyed his flirting. He was funny, clever and entertaining. I enjoyed his company so much.”

Daniel said: “On our first date friends came to collect me, we picked up Anna and went for dinner. They left us in town and I kissed her for the first time.”

Anna, who has a son Jack, five, says the connection was instant. By May, she had become Daniel’s full-time carer and they moved in together.

Daniel said: “I was living with the devil and now I’m living with an angel. We’ve talked about marriage. I want five children but I’d be happy with two.”

But the effects of Leong’s attack endure. Daniel has had 14 operations and faces many more, including skin grafts. His voice cracks when he talks about his mother Maria, who is yet to see him. He says: “I’m afraid to go home. I’m afraid she’ll have a heart attack. The Daniel I used to be has died and I know how bad I look.”

Yet he has never seen his scars for himself as his right eye had to be removed a few weeks ago and he is blind in his left one. It means he has also never even seen his pretty girlfriend Anna.

Daniel before the attack 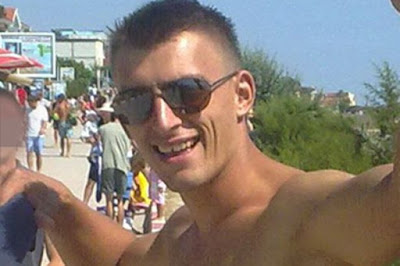 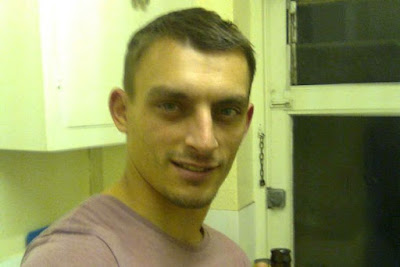 With his new girlfriend.... 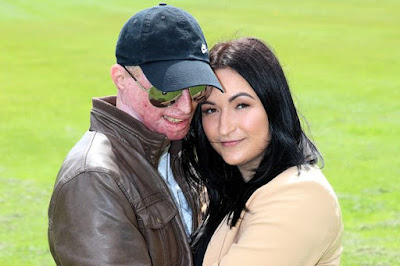 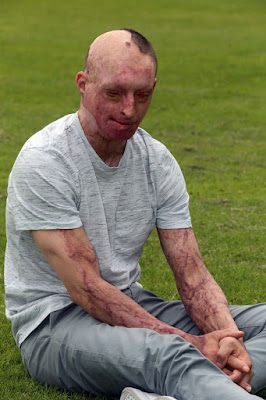 Katie his ex that attacked him 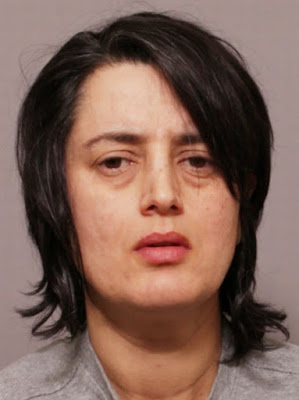