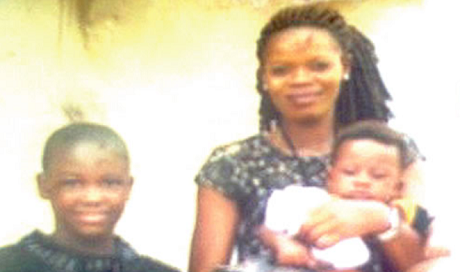 The Imo State Police Command in Owerri has arrested the owner of a restaurant, City Garden Resort, at Banana Junction, Amaifeke, Chimezie Agubata, for allegedly abducting three children and selling two of them.

Agubata, who hails from Nkwerre Local Government Area of Imo State and reportedly manages an orphanage home, God’s Favour Orphanage Home, in Okporo, was paraded by the police on Friday.

A widow, Mrs. Esther Agwu, narrated to newsmen at the police station how Agubata allegedly abducted her three children and sold off two of them.

The widow, who hails from Amasiri Afikpo Community in Ebonyi State, said she had been working for Agubata when the suspects allegedly abducted the children under the guise that he was taking care of them.

The widow said it was by God’s grace that her eldest child escaped from Agubata’s home when he noticed that his siblings had been given to two different persons, who took them away in different vehicles.

Agwu explained that it was one Ifeanyi, who introduced her to Agubata, upon the demise of her husband.

The widow said the suspect promised to offer her a job without knowing that he was in the business of abducting and selling children.

Agwu said, “He told me that his wife was not happy that my children were playing around on his business premises and that he would want my three children to stay with his mother in her house. He presented one woman who claimed to be his mother and from the shop she left with my children.

“That same day, he told me that there is one of his uncles in Lagos whose wife has difficulty in child bearing and that the man would want to see me for marriage. He then gave me N5,500 to go to Lagos and told me that he would come and pick me at the park.

“The following day, I left for Lagos to see the proposed husband. But when I got to Lagos, a woman called and picked me and kept me in a place that looked like a brothel with prostitutes.

“I asked her about the man. She said I will go to Ghana or stay in Lagos and do what others were doing at the brothel. I had to run out of the place and went to the street, where I started begging for assistance. Some people assisted me with transport fare with which I immediately travelled back to Orlu to look for my children,” Agwu recounted.

The state Commissioner of Police, Chris Ezike, said the command was determined to eradicate child trafficking in the state.

Ezike said operatives of the command had been charged to go after people who derive joy in trading in human beings, especially little children, adding that anybody who got involved in running illegal orphanages would be brought to justice.