Woman Who Flew To Meet Man In Dubai For S*x Jailed, And They Actually Leaked The Secret 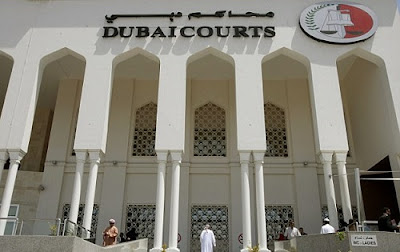 But wait, na today lovers dey fly go Dubai ni? Lol, well it's these ones that went to leak the secret because the matter went off the hook. The man said marry me or nobody else. Read...

The man claimed that when the woman visited in 2016, he picked her up from Dubai International airport and drove to a flat in Sharjah, according to Gulf News.

He said that a Pakistani religious scholar married the couple verbally, though the woman denied that this ever happened.

In her court statement, the woman said that she was calling off her three-year-relationship with the man because she was getting married to man in London.

The Pakistani man then threatened to shame her, post photos of them together on Facebook and reveal to her family that she was already married to him, the woman said.

The woman also claimed that the man threatened to kill her if she married someone else.

Following the threatening messages, the woman and her father flew to Dubai to file a complaint against the man, who was then arrested by Dubai Police.

During an interrogation, he denied the threatening messages, telling police that she told him her family was pressuring her to stay away from him.

During the investigation, police found out that the couple had consensual sex while unmarried during their stay in Dubai in 2016.

The Dubai Misdemeanours Court sentenced the man and woman to a year in prison each for their crimes followed by deportation.

The man and woman pleaded not guilty and have appealed the ruling seeking leniency.