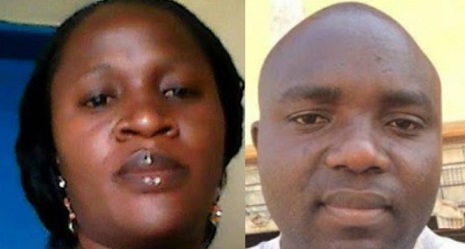 The parents of Mrs. Irene Dashit, a teacher allegedly strangled by her husband, Victor Dashit, in Dadin-Kowa, Jos on July 2, have returned the dowry paid on her head by her husband’s family.

“By our tradition, when a man kills our daughter while married to him, the bride price must be returned to the husband’s family and her corpse retrieved for proper burial at her birth place. We have just returned the dowry.

“It means that we have severed the union; it means she is no more married to the husband. That is why we are taking her body to Maris, her birth place in Bokkos, Plateau State,” the District Head of Maris, Mr Amos Akila, said in Jos.

Akila expressed shock that the family of Dashit did not show any remorse over the incident, and never condoled the parents of the late woman. “The husband’s family only showed up when invited to receive the dowry we returned to them,” he said.

Akila said that the woman’s family had resolved never to have anything to do with the alleged killer of their daughter.

“We gave her to him alive; she would have been buried in her husband’s hometown if she died of natural causes, but in this case, she was killed by the husband, and our tradition demands we return the bride price and bury our daughter at her father’s house.

“Our tradition forbids us from honouring the killer by burying our daughter in his house. We are saddened by the death of our daughter, but we have left everything to God. We want justice. We want the killer to pay for his crime,” he said.

Irene’s body left the Air Force Hospital, Jos mortuary on Saturday, to Maris, where she was buried.

The Plateau Police Command had, on July 6, confirmed the arrest of 40-year-old Victor Dashit, a staff of the National Industrial Court, Jos who allegedly strangled his eight months pregnant wife, Irene.

“Victor is in our custody and investigation is ongoing. We shall soon take him to court,” its spokesman, Terna Tyopev, said.

Tyopev alleged that Dashit, who resides at New Abuja area of Jos, killed the wife, a 33-year-old teacher, at their farm in Kangang, on July 2.

Dashit, after killing the woman, invited his brother to help him to convey her to hospital, after lying that she slumped and died, few minutes after she complained of dizziness.

A family source said that prior to the incident, the couple had faced lots of problems leading to persistent domestic violence.

He said that the situation got worse in May 2016, when the deceased caught her husband in bed with their house help, one Nora, in their home.

“The woman woke up one night sometime in May 2016 and did not see her husband on the bed. After combing the entire house, she peeped into the house maid’s room and found her husband on her,” the source said.

He said that Irene sent the girl out of the house, but the girl came back two months later and told the husband that she was pregnant.

“Nora’s pregnancy aggravated the problems in their marriage; at a point, Irene fled to her parents’ house in Gindiri, but was persuaded to return to her husband’s house by their Pastor.

“The Pastor persuaded her to return in November 2016, after intervening in the quarrel. She became pregnant immediately.”

The source said that Irene had two daughters, while the unborn baby, a male, removed from her womb after she died, did not survive.

A source at the Air Force Military Hospital, Jos where Irene’s corpse was taken, said that Dashit, who brought the wife’s corpse, had claimed that she slumped and died after complaining of dizziness.

“The doctors confirmed her dead on arrival, but rushed her to the theatre for an emergency CS in a bid to save her unborn baby, but brought out a dead child.

“Further investigation by the medics, however, revealed marks on her neck, which suggested that she was strangled.

“The doctors quickly reported the matter at the Anglo Jos police station where Dashit owned up to strangling his wife,” the source said.

Tyopev, while describing the incident as “unfortunate”, blamed the development on alleged infidelity, saying that Dashit had equally confessed to impregnating his housemaid.

“He confessed to holding the woman by the neck, but said he did not intend to kill her,” Tyopev said.