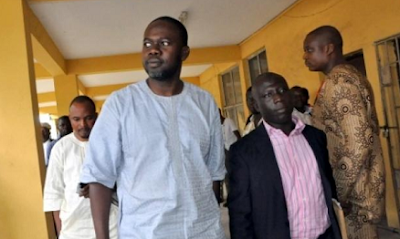 The Economic and Financial Crimes Commission alleged that Alao and his company, Axe Energy Ltd., the late Opeyemi Ajuyah, Majope Investment and Olanrewaju Olalusi, fraudulently obtained N1,110,049,444.35 from the Federal Government under the guise that it was subsidy payments for 15,206,733 metric tonnes of Premium Motor Spirit, which they purportedly imported into the country.

Ajuyah, who was facing charges alongside other defendants in the N1.1bn fraud case, died in January 2017.

At Monday’s proceedings, a financial downstream expert in petrol operation, Mr. Sanni Sheriff, explained to a Lagos State High Court in Ikeja, the guidelines and requirements for the payment of oil subsidy.

Sheriff, while being led in evidence by the 1st defendant’s counsel, Mr. Olarewaju Ajanaku, told the court that bill of laden, and a shorthand report  endorsed by the Petroleum product Pricing Regulatory Agency, were the important documents in the payment of oil subsidy claims.

He added that the documents used for the payment of subsidy must carry the PPPRA stamp.

While being shown some exhibits in court, Sheriff identified the ones that met the requirements for the payment of subsidy, stating that the documents, originating from the companies allegedly involved in the charge, had the PPPRA endorsement.

While being cross-examined by the EFCC counsel, Mr. S. A. Atteh, Sheriff said he was not present when all the exhibits shown to him were compiled.

The defence presented another witness, Mr. Ferdinard Udumze, a forensic expert, who is also a chief consultant to the Nigeria Police Force.

Udumze told the court that he received a letter and some exhibits addressed to the Commissioner of Police, Forensic Department, Abuja, asking him to examine the signature and handwriting on the exhibits.

Udumze noted that after collecting the exhibits, he carried out some forensic analysis on the exhibits and he was able to examine and compare them with the aid of some instruments.

Udumze stated that after his examination, he wrote a report that the signature and handwriting on the exhibits belonged to one person.

Atteh, however, objected to the admissibility of the documents presented by the defence stating that the documents were not made available to the commission.

Justice Lateefa Okunnu adjourned till July 25, 2017 and instructed Ajanaku to avail the prosecutor and other parties the documents.