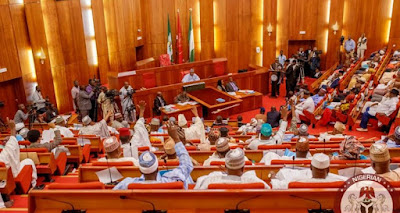 For failing to appear before them to clear suspicions on the suspension of Executive Secretary of National Insurance Health Scheme, NHIS, the House of Representatives, yesterday, threatened to issue a warrant of arrest against Minister of Health, Professor Isaac Adewole.

The lawmakers also said there would be no consideration of budget of the NHIS henceforth.

Professor Isaac Adewole Chairman of the House Committee on Health Services, Chike Okafor, disclosed this after a closed door meeting with members of the committee.

The committee is currently investigating the issue and had demanded that the minister appeared before it.

Okafor said the minister had rather declined the call through a letter, saying: “The House resolution was communicated to the Health Minister and if you look through our proceedings, you will see that we were expecting the minister to come tomorrow (today) to give us an update on the crisis rocking the NHIS.

“But incidentally, I got a letter from him about an hour ago, saying he will not be available to appear before this committee. He gave a couple of reasons, which I would still relate to the committee when we dissolve into an executive session.

“Suffice it to say that the reasons are not acceptable to me. I was going to direct that we send a letter back to him as he claimed in his letter that he has engagements that will take him out of Abuja or that he is already out of Abuja.”