Man Arraigned For Drinking, Eating Food Worth N75,000 Without Payment 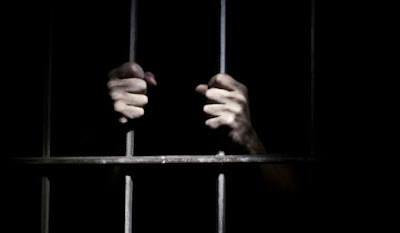 Driver, Sunday Lawal, 33, who allegedly obtained three bottles of Hennessy and food valued at N75,000 from a bar attendant under false pretences, was on Friday arraigned in an Ikeja Magistrates’ Court.

The accused, who resides at Bola Ajibola Street, Ikeja, Lagos is standing trial on a two-count of obtaining under false pretences and breach of peace.

He pleaded not guilty.

The prosecutor, Insp. Raji Akeem, told the court that the accused committed the offences on July 9, at Royal Club, Oba Akran, Ikeja.

He said that the accused fraudulently obtained three bottles of Hennessy and food for himself and his friends at the club on the pretext that payment would be made after eating and drinking.

Akeem said that the complainant, Oluwaseyi Joseph, claimed that when he approached the accused and his friends to pay after eating, they started making flimsy excuses.

The prosecutor said that the accused claimed that there was a problem with his ATM card and he did not have enough money to pay for the drinks and food he bought.

He said that Joseph immediately notified his manager that the accused and his friends had refused to pay their bill after eating.

Akeem said the manager immediately notified the police, who arrested Lawal and took him to the station for further questioning.

The Magistrate, Mr T.O Shomade, granted the accused bail in the sum of N50,000 with one surety in like sum.

He adjourned the case until Aug. 9 for mention.