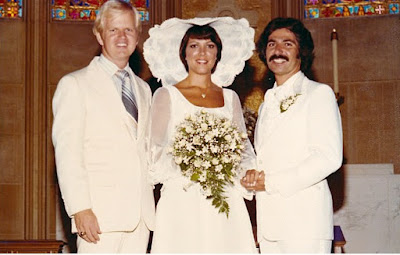 The daily drama and constant make-ups and break-ups that some of Kris Jenner's six children go through on a near-weekly basis are nothing compared to their mother's sexual hijinks, Dailymail reports.

In his new book 'Kardashians: An American Drama' from St. Martin's Press, which will hit bookshelves in September, New York Times bestselling author Jerry Oppenheimer details the many relationships of the former Kris Houghton, and how the teenage golf-groupie became the head of a billion-dollar empire.

The book also includes scandalous new details about Kris' many affairs, and interviews with the men and women who caught her in the act as well as childhood friends who reveal that Kris was schooled in the art of seduction under the tutelage of  her mother Mary Jo Shannon.

And if illicit romances and passionate romps are not enough, there is also a still-unsolved $30,000 jewel heist that many peg on Kris, according to the book.

Kris' interest in men started at a young age according to her friends, and with a bit of an assist from her mother.

'The way I knew Kris, she was a good person and then something happened,' explains Joan Zimmerman. New York Times-bestselling author Jerry Oppenheimer is telling all about Kris Jenner in 'Kardashians: An American Drama,' which is out in September

New York Times-bestselling author Jerry Oppenheimer is telling all about Kris Jenner in 'Kardashians: An American Drama,' which is out in September

'She changed and we weren't seeing much of each other. She was pursuing something else.'

Even though she was close to Kris however, Zimmerman claims she never really got a chance to get to know mom Mary Jo, who by that time was married to businessman Harry Shannon.

'I knew there was a mom, and I knew she had rules in the house for Kris, but she never interacted with us,' says Zimmerman, who later explains that the 'family was just very private, and Kris kind of lived within those rules.'

Kris' father  Robert Houghton was also not in the picture, having disappeared from her life after divorcing her mother when she was just 7, leaving her mother to raise Kris and her younger sister Karen.

That brought Kris and Mary Jo closer, and by the time she was 16 the two ladies began spending their weekends together at Rancho La Costa.

It was there that Kris learned how to socialize with rich and older men while also developing a fondness for golf - and golfers.

Kris, who was still just 17, began dating professional golfer Cesar Sanudo, who at 28 was more than a decade older than the recent high school graduate.

The two met at the Hawaiian Open in 1973, and according to Sanudo's daughter Amber Carrilo, her father had no idea that he was striking up a romance with a teenager.

'He told me she told him she was twenty-one, but she was only seventeen, or just about ready to turn eighteen,' says Carillo.

'He said she fabricated things and didn't really talk about where she came from, about who her real father was, details like that.'

She also claims Kris 'was being groomed at home' at the time from what she understood.

Kris claimed in her 2011 memoir that she and Robert were 'messing around and heading in the direction of some major hanky panky' when Sanudo arrived home, referring to the golfer as Anthony in the book.

"Thanks god we had our clothes on,' added Kris of the soon-to-be highly-devout couple.

But that  was not the case,  according to Sanudo's good friend and fellow tour player Jack Spradlin who was interviewed by Oppenheimer.

He says that Sanuto was very clear in his version of events, telling all of his friends: 'I was out of town and I came home and I caught Kris and Kardashian in bed.'

This was the cleaned-up retelling of the story, with an unnamed friend later adding that he was told: I found that b**** in bed with that sleazy Armenian. I could have killed the motherf***er.'

Spradlin and Sanuto's daughter also dismissed Kris' claims that the golfer ever cheated on her, with Carrillo adding that he her dad was 'very, very hurt by what Kris did' and 'pretty messed up about it for a 'long, long time.'

Robert got his karmic retribution for sleeping with the fiance of another man, in the form of personal trainer Todd Waterman.

And for their secret romps, she picked the home gym of her husband's best friend Larry Kraines. 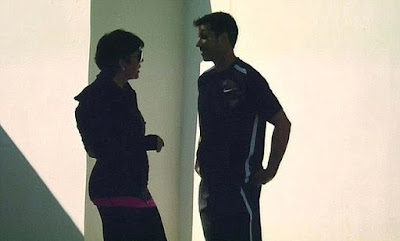