Bride Pulls Handgun Out Of Wedding Dress To Shoot Husband 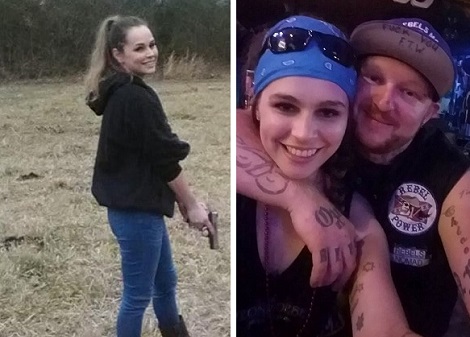 A Tennessee woman was arrested hours after she was married after she allegedly pointed a gun at her groom’s head during an argument.

Police responded to a local motel and found 25-year-old Kate Elizabeth Prichard and her husband fighting, WTVF reports. A witness told police that during the argument, Prichard pulled a gun out of her wedding dress and pulled the trigger.

“She pulled out of her wedding dress a 9 mm pistol. Pointed it at her new husband’s head and pulled the trigger,” said Murfreesboro Police Sgt. Kyle Evans.

The gun wasn’t loaded and didn’t discharge. A witness says the pistol-packing bride then loaded a round in the chamber and fired a shot in the air  causing bystanders to run away.

When police arrived at the scene, they talked to witnesses and eventually recovered the weapon, which had been thrown away in the bathroom.