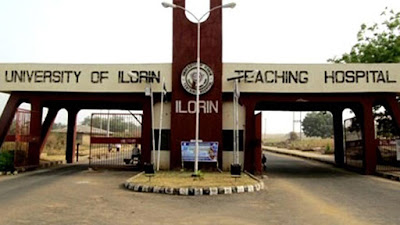 The Association of Resident Doctors, University of Ilorin Teaching Hospital Chapter, today commenced a five-day warning strike over alleged slash in their salaries.

Addressing journalists after a peaceful rally at the hospital, the ARD President, Dr Ige Kolawole, said that they were forced to embark on the strike following the continued deduction of their salaries since January 2014.

The ARD members were armed with placards of various inscriptions as they marched round the hospital complex.

Some of the placards read: “Stop Selected Victimisation of Resident Doctors and House Officers.

Kolawole said that the deduction was peculiar to UITH, as their members in other teaching hospitals across the country were receiving 100 per cent of their salaries.

The ARD president said that the hospital’s management has not given cogent reasons as to why the illegal deduction should continue.

He said that the only reasons given by the UITH Chief Medical Director, Dr Abdulwaheed Olatinwo, was that additional 150 House Officers had been employed by the hospital.

“This is demonstration of wickedness as our salaries have continued to be deducted because of additional employment of House Officers,’’ Kolawole said.