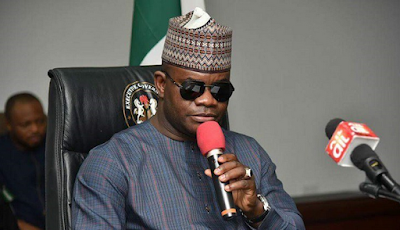 Following the purported proscription of the union activities in the Kogi State University, the Academic Staff Union of Universities has said Governor Yahaya Bello does not understand the Nigerian constitution.

In a press briefing in Calabar, the Cross River State capital, ASUU said Bello’s action was ridiculous and a national embarrassment.

Bello had on July 19 reportedly banned the activities of the KSU branch of ASUU following the refusal of the lecturers to call off their six months old strike.

In a statement read on behalf of his colleagues by the Chairman of ASUU, University of Calabar, Dr. Tony Eyang, the union said Bello’s action showed that he had no knowledge of the country’s constitution, which he said, put unions in the exclusive list.

In the statement, which was also endorsed by the zonal coordination of ASUU, Prof. Nsing Ogar, the union said the governor had no such powers to ban the union.

“By purportedly banning ASUU KSU’s activities, Governor Bello has exposed his lack of understanding of the constitutionality of union matters in Nigeria, which belong to the Exclusive Legislative List. The governor has also shown his ignorance of the fact that he has neither the locus nor the power to ban a duly registered union or a part of it and its activities,” it added.