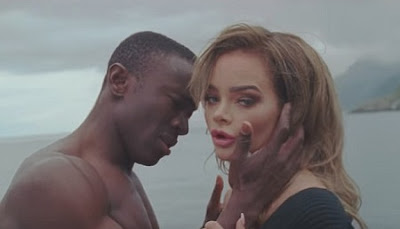 A Norwegian singer has revealed that she received death threats and racist abuse after her latest music video in which she stars against a black actor.

Sophie Elise Isachsen was horrified when abusive comments began pouring in online in response to the love story between herself and her co-star in the video to her single All Of Your Friends.

The 22-year-old says she has been left scared to leave her home after the abuse and threats, calling the experience 'the most brutal thing I've seen in my life'.

Miss Isachsen, famous in her native country for her wildly popular Forum, performs under her first and middle names - Sophie Elise.

'I've been a public figure in Norway for about six years so I am used to getting a lot of hate,' she told BBC's Newsbeat.

'But I really didn't think people would care about the guy's skin colour in my video.'

'I actually didn't want to remove the comments because I wanted people to see that this type of thing still goes on,' she added referring to the racism in the comments.

The video to All Of Your Friends sees the blonde beauty act out a passionate relationship with a partner, played by a black actor, while she sings about getting her revenge by sleeping with the ex's friends. 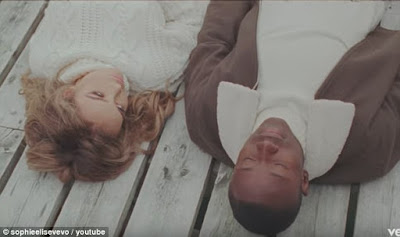 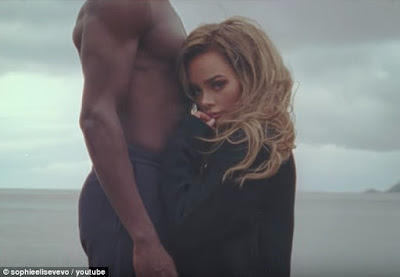