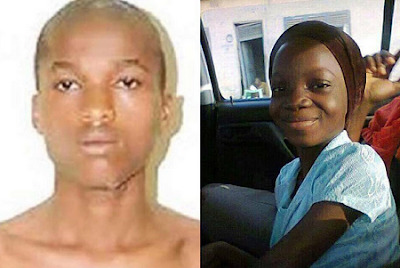 A 17-year-old male inmate, Silas Anidi, who slit the throat of an 11-year-old girl in 2015, is among 23 inmates that escaped from the Ministry of Women Affairs and Development Remand Home in Sapele.

Though the incident was carefully kept away from the public, investigation by Vanguard revealed that the inmates within the age bracket of 14 and 17 years escaped from custody on July 30th and August 2nd in what a staff of the home described as a careful orchestrated escape plot.

“The escaped inmates are being held for various capital offences ranging from rape, robbery, murder and burglary,” the staff, who spoke on condition of anonymity told Vanguard.

The source said: “The routine has always been to open the door of the home for the minors every morning for their daily chores, while two or three of them go to prepare their meal but the female correction officer, Mrs. Esther Micah, somehow took the keys to church and did not return until 11:30 am.

“Upon her return, hungry and probably angered by her actions, 11 of them attacked her and fled through the back fence of the home and of course with only three staff on duty, there was little, they could do.

“Though three of the escaped inmates were arrested on the same day by members of the vigilante in the area along Sapele/Warri road and brought back to the home, two other inmates escaped the next day when the same correction officer went to open the door for them to have their bath.

“Three days later, 12 other inmates plotted their getaway when they broke the lock to their hall with an iron bar and escaped through the back of the home.”

Security at the home has been very porous while the perimeter fencing at the back of the home has collapsed since last year with the home being in a poor state of neglect.

“Three of the staff are been investigated and will be charged for negligence of duty.”