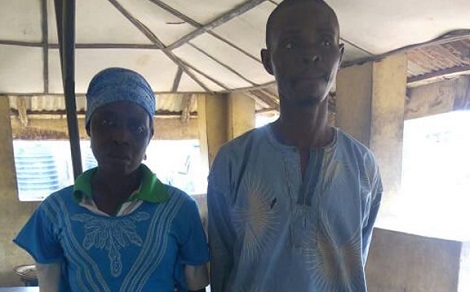 The Ogun State Police Command has arrested a couple, Nasiru Adeyemo and Idayat Adeyemo, for allegedly cutting off the finger of their daughter, Abibat, and abandoning her in a bush.

Punch Metro learnt that the suspects tied up the seven-year-old in a white sack to stop her from escaping before disposing of her in the bush.

After about two days in the bush, some residents were said to have noticed the sack and called the attention of policemen from the Owode Egba division to it.

Upon the opening of the sack, Abibat was said to have been found unconscious and was rushed to a hospital where she was resuscitated.

The state police spokesperson, Abimbola Oyeyemi, who confirmed the incident, said the victim told the police that her father, Nasiru, and stepmother, Idayat, cut off her finger and threw her into the bush for money ritual.

Oyeyemi said the statement led to the arrest of the suspects, adding that they were still being interrogated by the command.

He said, “The couple were arrested following a distress call from members of the public that a strange load in a sack was sighted in the Asabala area, along Papalanto/Sagamu Road.

“On the strength of the information, the Divisional Police Officer, Owode Egba, CSP Shehu Alao, led his men to the scene where the load, which was inside a white rice sack, was untied.

“Surprisingly, it was a seven-year-old girl that was inside. One of her right hand fingers had been cut off. She was tied, put inside the sack and dumped on the roadside since Friday, August 11.

“When they realised that she was still alive, she was taken to a hospital for medical attention. It was when she regained consciousness that she informed the police that her father and stepmother were the ones who cut off her finger, tied and put her inside the sack. She said they dumped her inside the bush for her to die. The father and stepmother were arrested on Sunday, August 13.”

Oyeyemi said the state Commissioner of Police, Ahmed Iliyasu, had ordered the transfer of the case to the Anti-kidnapping/Anti-cultism Unit of the State Criminal Investigation and Intelligence Department, Eleweran, Abeokuta, for further investigation and prosecution of the suspects. 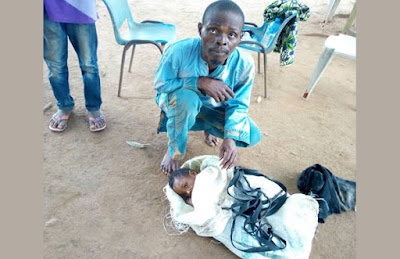 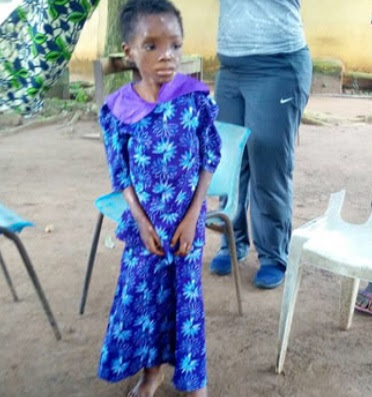