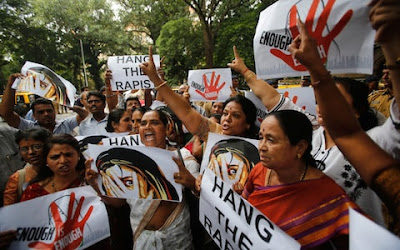 A 10-year-old rape victim whose plea for an abortion was rejected by India's Supreme Court has given birth to a baby girl in the northern Indian city of Chandigarh, a doctor said on Thursday.

The girl, who cannot be named for legal reasons, was allegedly raped repeatedly by her uncle for several months. The crime came to light when the victim was taken to hospital on complaining of stomach ache last month where she was found to be over 30 weeks pregnant.

On July 28, the Supreme Court had dismissed a plea seeking its nod for terminating the 32-week-old pregnancy of the rape survivor after taking note of a medical report that abortion was neither good for the girl nor for the foetus.

Last month her parents asked the country's top court to allow her to have a late-term abortion but the request was turned down.

Indian law does not allow medical terminations after 20 weeks unless there is a threat to either the life of the mother or her child.

"She gave birth through C-section today. Both the girl and her baby are doing fine," doctor Dasari Harish said.

"The surgery was uneventful. There were no complications whatsoever. The baby weighed 2.2 kilos (4.8 pounds) and is in the neonatal ICU for now."

The Press Trust of India news agency said the girl was unaware that she had delivered a child and the parents had decided to put the baby up for adoption.