Photos: Inside The Indonesian Cannibalistic Tribe That Live In Treehouses & Not Aware Of The Outside World 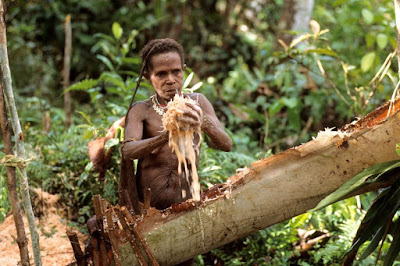 Fascinating photos have emerged of a tree-living, cannibalistic tribe who didn't know other people existed until the 1970s.

The stunning pictures show the Korowai people building treehouses, marching off to hunt and carrying their children in huge nets over their shoulders.

Other striking shots show one tribesman with an enormous nose ring, mothers tending to their children near open fires and a traditional meal of sago larvae.

The candid photographs were taken by photographer Eric Baccega when he visited the tribe during an expedition in 2000, but have only now come to light, 17 years after Mr Baccega's memorable trip to West Papua, Indonesia.

The Korowai, also called the Kolufo, number about 3,000, and have been reported to practice ritual cannibalism up to the present day.

Anthropologists suspect that cannibalism is no longer practiced by the Korowai clans that have had frequent contact with outsiders.

Recent reports suggest that certain clans have been coaxed into encouraging tourism by perpetuating the myth that it is still an active practice.

The majority of the Korowai clans live in tree houses on their isolated territory. Since 1980 some have moved into new villages.

The Korowai are hunter-gatherers and horticulturalists who practice shifting cultivation, and have excellent hunting and fishing skills. 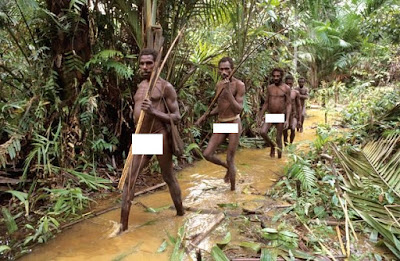 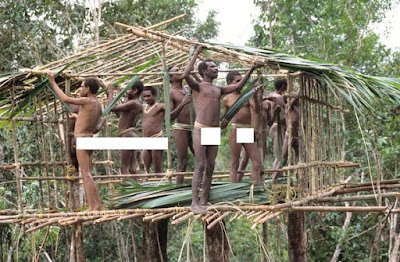 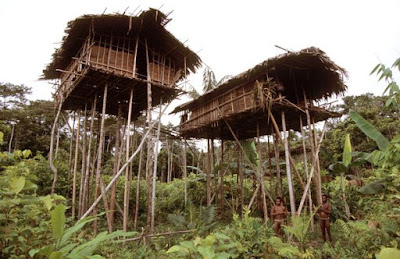 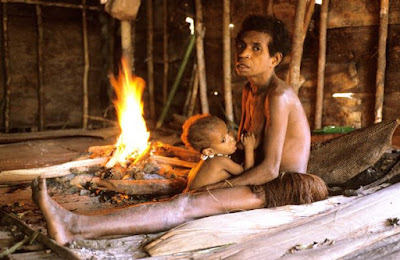 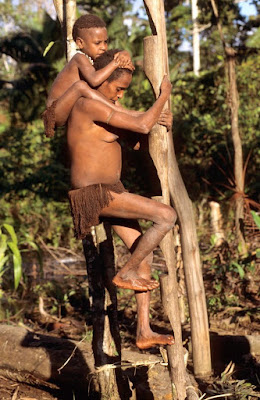 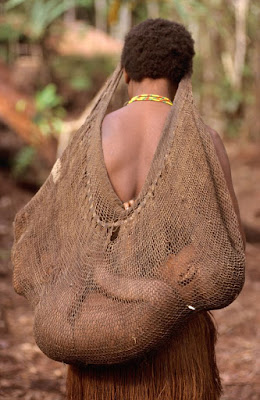