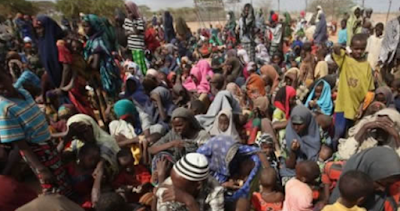 The Commissioner of Education, Musa Kubo, told newsmen in Maiduguri that the school projects, located at Ngomeri-Barwee and 303 Housing estates in Maiduguri, had been completed.

“Foreseeing the problem of the orphans left behind by the Boko Haram insurgency, the state government embarked on the construction of boarding primary and junior secondary schools.

“The government is going to replicate the gesture in areas ravaged by Boko Haram insurgency,” he said. Kubo disclosed that the government had constructed 16 classroom blocks in Maiduguri under its school integration programme, designed to integrate children and adult into a formal school system.

The commissioner added that the government had constructed various two-storey building schools with 30 classrooms each, to address congestion in primary and secondary schools.

Kubo explained that the state government spent over N200 million on the projects and provided e-learning facilities to other schools in Maiduguri, Kaga, Konduga and Jere local government councils.

He revealed that the government had also embarked on massive construction and rehabilitation of schools ravaged by the insurgents.