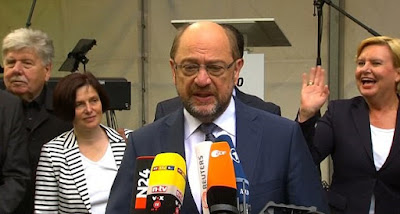 An MP has been slammed after being seen smiling and waving during a tribute to the victims of the Barcelona atrocity.

Eva Hogl, deputy chairman of the German Social Democratic Party, was caught on camera grinning and gesturing as party leader Martin Schulz gave a sombre statement about the attack on Thursday which killed 13 people when an ISIS jihadi drove a van into a crowd in La Ramblas.

He was flanked by several politicians and Ms Hogl appeared to be encouraging more to join them.

Her demeanour and facial expressions eventually changed to become more serious once Mr Schulz began going into detail about the attack.

Germans have criticised her on social media claiming she had 'no respect' and branding her actions 'disgusting', while others have called for her resignation.

She had since released a statement apologising for any offence caused by the faux pas. 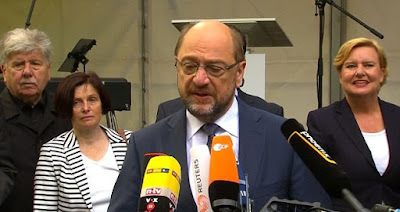 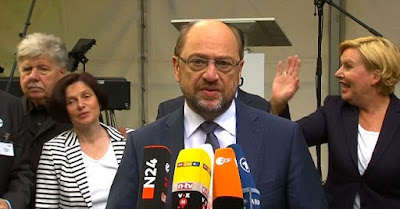 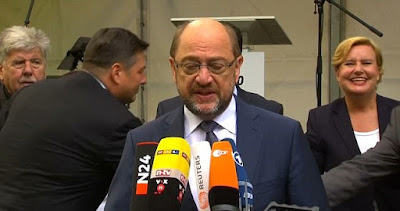