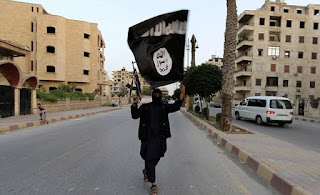 ISIS has claimed it beheaded at least 11 people at a checkpoint manned by forces of Libyan military strongman Khalifa Haftar.

ISIS claimed responsibility for the attack via its Amaq propaganda channel on the Telegram messaging app, saying its fighters had killed or wounded '21 members of Haftar's militia'.

Libya has been rocked by chaos since the 2011 fall and killing of longtime dictator Moamer Kadhafi in a NATO-backed revolution.

Jihadists, arms dealers and people traffickers have gained a foothold in the North African country as multiple authorities and dozens of militias vie for power.