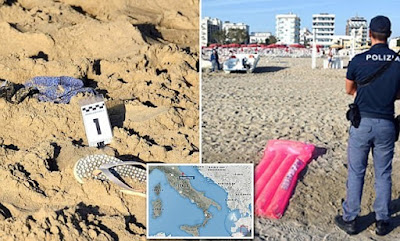 A Polish tourist was repeatedly raped in front of her boyfriend who was beaten and robbed by the same group of men on Italy's popular Rimini beach, police say.

Italian news reports say that the 26-year-old Polish woman was raped by four men early Saturday on a secluded stretch of beach in the Adriatic town on Italy's eastern coast.

Her partner, also 26, passed out after being beaten on the head and robbed, reports said.

The man was arrested and local media reported that the suspect is from Switzerland and of Bosnian origin.

Defending the suspect, lawyer Piergiorgio Tiraferri argued the girl had agreed to have sexual intercourse but later felt guilty for cheating on her boyfriend.

He claimed that the teenager had been driven by guilt to falsely accuse his client of rape. But her own defence says it’s nothing near the truth.