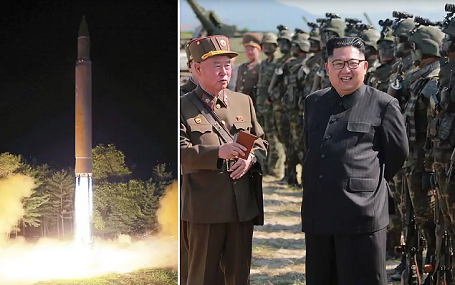 North Korea has fired a missile that passed over northern Japan yesterday. The government's J-Alert text message warning system and sirens advised people in the area to take precautions and move to a 'sturdy building or basement'.

The Japanese military did not attempt to shoot down the missile, which passed over its territory around 6.06am local time.

It broke into three pieces off the coast of Hokkaido and landed in the Pacific Ocean, around 700 miles east of Cape Erimo, after travelling 1,700m in eight minutes.

It is the first time North Korea has fired a projectile over Japan since 2009. Kim Jong Un has been conducting a series of test launches and recently threatened the US territory of Guam.