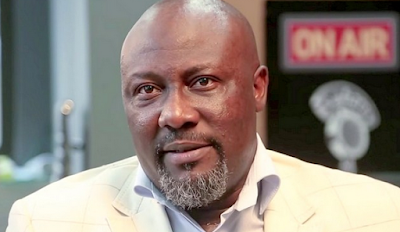 A notorious criminal simply known as Luckman who allegedly led his gang to Senator Dino Melaye’s house at Ayetoro-Gbede in  an assassination attempt in April has been killed.

Luckman had been on the wanted  list of the Kogi State Police Command after some of his members were arrested.

Punch correspondent reliably gathered on Sunday, Sept.3, that the notorious criminal from Obeiba in Ihima, Okehi Local Government Area of Kogi State was killed on Sunday afternoon during an exchange of fire with the police.

According to the sources,  the heavily armed policemen who stormed Obeiba town at about 3pm on Sunday  came with three Hilux Vans and headed straight for the house of Luckman.

An eye witnesse disclosed to Punch correspondent that immediately Luckman sighted them, himself and his gang members opened fire but was gunned  down  by the policemen while several arrests were made.

The source said his lifeless body was taken away by the security men.

Luckman was a terrible criminal who had several times kidnapped,  killed and also robbed people within and outside Kogi State, the source added.

Some of his gang members were said to have gone on the rampage after his body had been taken away, burning vehicles,  a police post, the house of Kogi State Commissioner for Water Resources,  Hon. Deedat Ozigi Salami, and also the Palace of a traditional ruler, Obobanyi of Emani Clan,  Chief Samuel Onimisi.

The Kogi State Police Commissioner,  Wilson Inalegwu, confirmed to journalists that it was true that the notorious criminal was killed while arrests were also made.

According to him,  the said Lukman and his gang opened fire on the SARS but was killed during the exchange of fire while some of his gang members were arrested.