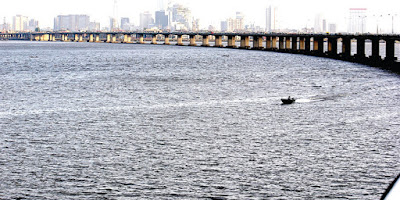 31-year-old man, Hammed Olojo, who attempted to jump into the Lagos lagoon in a suicide bid, was charged before an Ebute Meta Magistrates’ Court in Lagos on Wednesday.

Olojo was brought before Magistrate O.O.A. Fowowe-Erusiafe on a charge of attempted suicide.

He, however, pleaded ‘not guilty’ to the charge.

The Prosecutor, Sgt. Kehinde Olatunde, told the court that Olojo committed the offence on August 27 at about noon on the Third Mainland Bridge in Lagos.

Olatunde said the accused was apprehended while attempting to jump into the lagoon and was quickly restrained.

He said the offence contravened Section 235 of the Criminal Law of Lagos State, 2015.

Fowowe-Erusiafe, however, advised the accused that suicide was not the way out and that he should look at the brighter side of life.

The magistrate admitted the accused to bail in the sum of N50,000 with two sureties in like sum.

She adjourned the case till November 16 for mention.