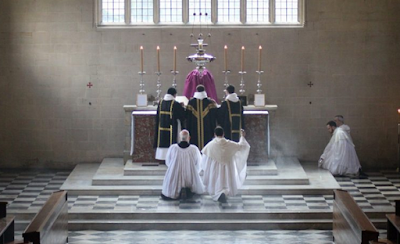 A gang of assailants on Friday shot and injured a Catholic Priest, Daniel Nwankwo, during a mass held at St Thomas Catholic Church located in Ikeja area of Lagos State.

The Command Public Relations Officer, Olarinde Famous-Cole, who confirmed the incident said that the bandits posed as worshippers to gain access into the church premises.

“Today at about 6:30 a.m. during early morning mass at St Thomas Catholic church Onilekere cement B/Stop Ikeja, some unknown hoodlums posing as worshippers who also took part in the morning mass after the prayers at about 8 30 am, requested to have a dialogue with Rev Father Daniel Nwankwo who heads the parish,” he said.

The spokesperson said the cleric who granted the hoodlums an audience outside the church auditorium for a yet to be determined reason was shot by one of the hoodlums “who spoke fluently in Igbo language” with a locally made pistol.

“After the incident, the Rev Father raised alarm, while the hoodlums jumped the fence and escaped towards an adjoining canal. The Rev Father was immediately taken to LASUTH for medical attention where he is currently being treated and is under stable conditions,” Mr. Famous-Cole stated.

He added that the Commissioner of Police, Imohimi Edgal, was at the scene and spoke with a witness who confirmed that three assailants “of Igbo background” who were not known to be members of the church were seen having a conversation with the Rev Father before he was shot.

“The CP Imohimi Edgal has also visited the Rev Father Daniel Nwankwo, spoke directly with him and confirmed that he (cleric) is being giving adequate medical care and he is recuperating fast,” he said.

Mr. Famous-Cole said that the commissioner of police has also immediately ordered detectives and operational officers from the police command who were dispatched to the scene and area leading to the canal where a witness confirmed the hoodlums ran towards.

He said five suspects have been arrested in connection with the crime and are providing useful information.