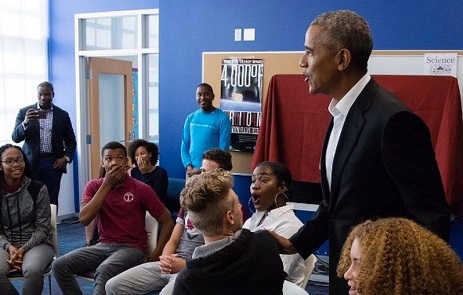 High School students were left stunned after former US President Barack Obama gatecrashed their first day back at school.

Barack Obama dropped in to lessons at McKinley Tech in Washington as they were still settling in to their new classes.

The popular leader was filmed taking a carefree stroll through the corridors, and left those inside speechless before asking them: "You guys don’t mind me crashing, right?"

The impromptu visit on Friday was part of what his spokesman called the "ongoing conversation with young people" as Obama tries to engage more young Americans in politics .

The Metro reported that the former president joined their circle and started tell them why it was important for him to meet people their age during his time in office.

He told them: "One of the things I did throughout my presidency was I’d meet with groups of young people everywhere I went, whether it was here in the United States or when I was travelling overseas.

"Just to kind of hear from them, find out what they’re interested in, because I do believe that most of the problems we have are going to be solved by you."

Mr Obama later posted videos of his day out on Instagram and wrote: "Make us proud. You’re the next generation of leaders, and we need you."

After eight years in the White House, he has set up the Obama Foundation , and says an important part of his life will now be community organising. 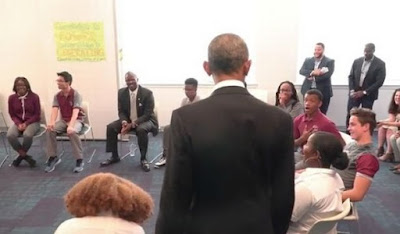 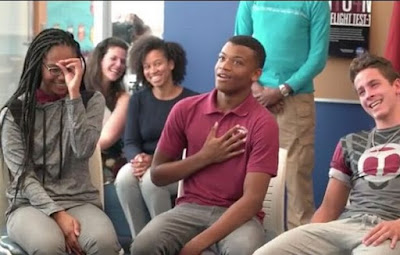 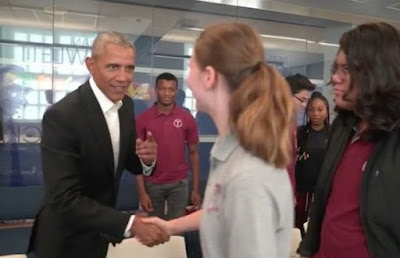