3 Killed In Georgia, 1 In South Carolina As Irma Heads North 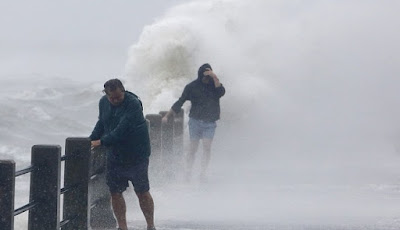 Three people have died in Georgia and the first person has been killed in South Carolina as a result of Hurricane Irma after the powerful storm hammered Florida.

Irma's eye finally left Florida on Monday afternoon after being downgraded to a tropical storm but is still set to bring damaging winds, flooding and tornado threats to Georgia, Alabama and the Carolinas.

The National Hurricane Center said Monday night that Irma had weakened into a tropical depression. The storm, located about 5 miles west of Columbus, Georgia, is still bringing heavy rain to the US Southeast.

Irma is expected to drop 2 to 5 inches of rain across South Carolina and northern portions of Georgia, Alabama and Mississippi. The death toll from the deadly storm continued to rise Monday after one person was reported dead in Sandy Springs, north of Atlanta.

A woman also died from injuries she suffered when a tree fell on a vehicle in a private driveway in Forsyth County. A 62-year-old man was also killed in Worth County Monday after climbing onto a shed as sustained winds in the area exceed 40pmh.

The man's wife called 911 saying he suffered a heart attack and first responders found his body lodged between two beams on the shed's roof with debris on top of him. 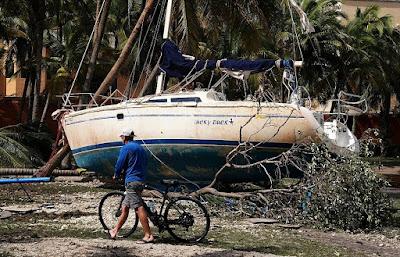 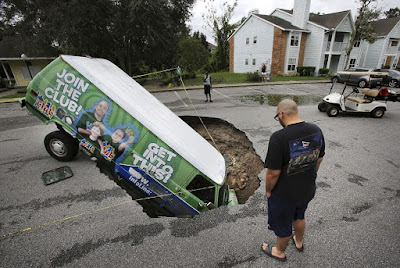 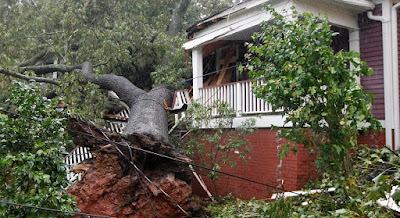