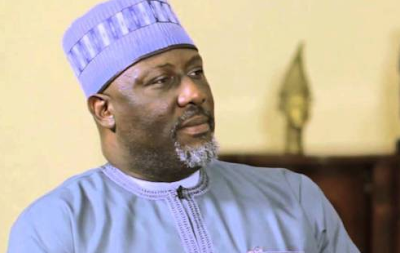 Senator for Kogi West, Dino Melaye, has appealed the judgment of an Abuja Division of the Federal High Court which on Monday gave the green light for the process for his recall from the senate.

In the suit containing eight grounds of appeal, dated September 13 and filed on Wednesday, Mr. Melaye is accusing the lower court of ‘erring in law’, when it decided that INEC’s recall process is valid.

According to the suit, Mr. Melaye is asking the Court of Appeal to set aside the lower court’s ruling on the grounds that the petition for his recall as presented before the court, was signed by only three signatories, instead of the constitutionally required number of more than half of the members of the constituency.

He added that the court asked INEC to produce the petition as signed by all the reported signatories, but the commission did not comply with the court order.

The lawyer is also alleging that the Federal High Court erred in law when it decided that the 90-day benchmark for the referendum on Mr. Melaye’s recall was paused in July and should continue from September 11.

He asserts that the provision of the law regarding the 90 days cannot be elongated unless by means of a constitutional amendment.

Mr. Ozekhome is also asking that the decision of the lower court be set aside on the ground that the ‘failure’ of INEC to produce the signed petitions by all the members of the constituency as alleged by the Commission, rendered it (the petitions) null and void and should have been so regarded by the court.