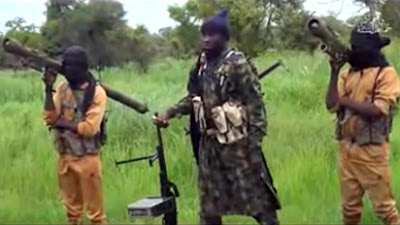 The Police in Borno on Wednesday said a top Boko Haram commander together with other members of the group had surrendered to the command in the state.

DSP Victor Isuku, the Police Public Relations Officer (PPRO), said in a statement issued in Maiduguri that the insurgents unconditionally surrendered to men of the command.

“The counter terrorism effort of the Nigerian military, code named “Operation Safe Corridor” recorded another victory with the unconditional surrender to the police by high profile repentant Boko Haram terrorists.

On September 10, at about 21: 00 hours, the intelligence arm of the Special Anti Robbery Squad (SARS) of the command, were able to negotiate a peaceful surrender of repentant Boko Haram terrorists with their families.

“They are all residing at Talala insurgents camp in Sambisa Forest, surrendered themselves unconditionally to Borno State Police Command”.

Isuku disclosed that there were five children among members of the families of the repented insurgents, explaining that the children aged between one and eight years.

He added that the surrendered insurgents had made useful statement that would assist in the counter-insurgency campaign. “Presently, they are undergoing preliminary profiling preparatory to transfer to the military”.