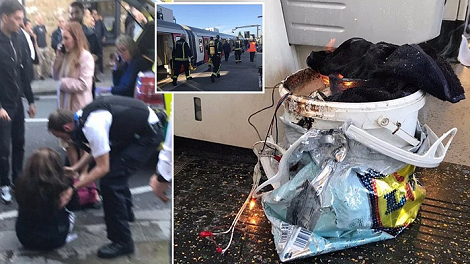 At least 20 people are injured in Tube terror attack as home-made bucket bomb sends 'fireball flying down train carriage' amid reports of 'second device' and attacker is on the run.

An explosion on a Tube train at the height of rush hour today sent a 'wall' of fire through the carriage injuring at least 20 people in a suspected terror attack.

Terrified commuters 'ran for their lives' and were seen covered in blood with scorched faces and hair after the incident at Parsons Green station in west London at 8.20am.

Photographs from the District Line train show what experts believe is a 'pretty unsophisticated' bucket bomb in a flaming white bucket inside a Lidl freezer bag with wire protruding out of the top.

One witness in the carriage told the BBC there was a 'bang' and then a 'wall of flames', which engulfed the carriage, with pictures showing a burning plastic bucket stashed in a Lidl carrier bag.

Scotland Yard sources have said that it is being treated as terrorist incident but said could not confirm claims from the scene there is another bomb and the suspect is on the run. 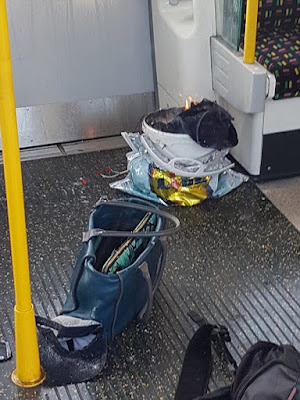 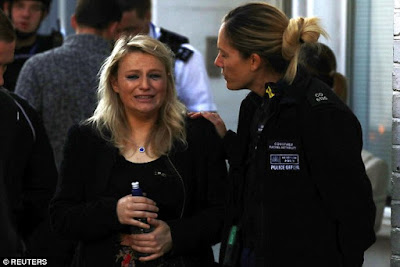 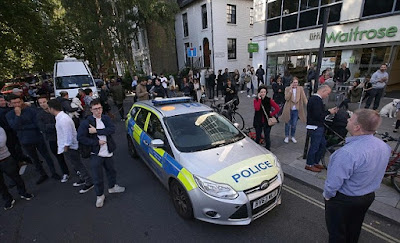