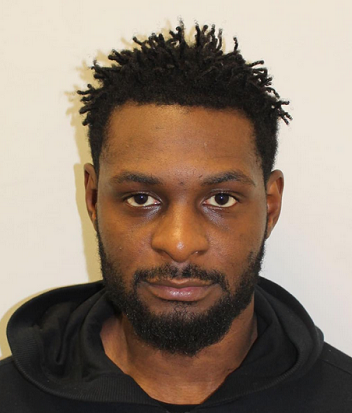 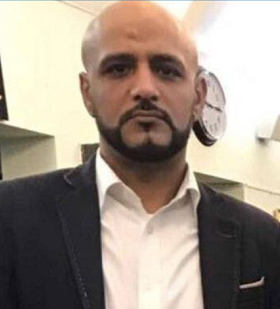 Nigerian man who stabbed a father to death in a busy high street while his young daughter bought sweets has been found guilty of killing him.

Abraham Omotoso was found guilty of manslaughter at the Old Bailey on Friday, September 15.

The 27-year-old stabbed "family man" and father-of-two, Mohamed Al-Zufairi, 34, from Harrow, in broad daylight in High Street Wealdstone , on Monday February 27 this year.

The doting dad had been shopping with his eight-year-old daughter when he sent her into Poundland to buy sweets, the Metropolitan Police said.

While he waited outside, Omotoso approached him and a short argument broke out before Omotoso, who was wearing a parka-style coat with the hood pulled up, stabbed Mohamed and ran from the scene still holding the knife.

Mohamed’s daughter did not witness the incident, but her and her family have been "left scarred for life".

In a statement, Mohamed’s brother Jafar said: "Mohamed was a family man, his family came first.

"I still can not really believe what has happened to Mohamed, the constant grief just gets worse.

"It’s like a massive hole just suddenly appeared in our family, our big brother was there one minute and suddenly he was snatched away.

"None of us can get a grasp of or understand. It makes it so much worse that we know that he was killed.

"I think it has hit his daughter the hardest. She did not see her dad being stabbed, but was with him.

"She walked to the local shops to get some sweets with her dad and returned home without him.

"She was the last one with, holding his hand as she says ‘Daddy never came home with me'.

"Our lives will never be the same, they have been scarred."

Mr Al-Zufairi was taken to a central London hospital by London Ambulance Service but despite the best efforts of medical staff and extensive surgery, he was pronounced dead at about 2.30am on Tuesday February 28.

A post-mortem examination gave the cause of death as a stab wound to the chest.

The day after the attack, police were notified that the suspect could have been someone by the name of Femi Omotoso.

At about 6pm that day, he was arrested on the suspicion of murder under the name of Abraham Omotoso, at Gatwick Airport, having just purchased a one-way ticket to Nigeria with cash.

Detectives carried out a number of enquiries, including reviewing CCTV which showed Mohamed walking with his daughter in High Street on February 27, before she went into Poundland.

It also showed Omotoso walking in High Street in a "purposeful" manner, the police said, before approaching Mohamed, fleeing the scene and getting in a black Range Rover nearby and driving away.

Officers tracked Omotoso’s movements in the days leading up to the murder and he was caught on CCTV wearing the same parka-style coat on two separate occasions.

Detectives examined Omotoso’s mobile phone data which showed it was inactive between 12.40pm and 7.09pm on February 27, which was not in line with Omotoso’s usual daily phone use patterns.

The phone’s movement matched the movement of the Range Rover that left the scene of the crime.

Omotoso remained silent in all of his police interviews and was charged on March 6.

Detectives believe the motive for the attack was an ongoing feud between the victim’s brothers and Omotoso’s brother and friends.