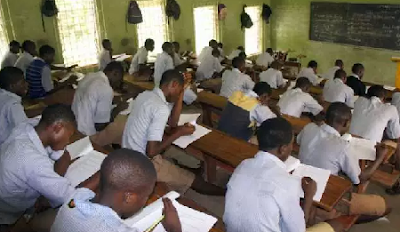 The police and some members of the Lagos State Neighbourhood Safety Corps, LNSC, have arrested 11 secondary school students suspected to be cultists. The suspects were allegedly terrorising members of the public with dangerous weapons in the state.

The Divisional Police Officer of Olosan Police Station, Adekunle Ominsakin, who confirmed the arrest to the News Agency of Nigeria on Sunday, said all the suspects belonged to the ”Gang Star’’ cult.

Mr. Ominsakin said the suspects claimed to have been in existence since 2013 operating as students, stressing that they were between 17 years and 18 years old.

“One student-suspect was brought to our station by LNSC on Friday. Our investigation led to the arrest of 10 other students, including a female student,” Mr. Omisankin said.

The spokesperson for the Lagos Neighborhood Safety Corps, Adewale Afolabi, said that they had also arrested a JSS3 student, who was allegedly terrorising members of the public with dangerous weapons such as knives and machetes.

Mr. Afolabi said that the suspect, who resides at No. 243, Agege Motor Road, Ojuwoye in Mushin, Lagos Mainland, was alleged to be a student of a secondary school in Igbo Owu, Kwara.

“He had been terrorising the people and students of the area. The LNSC operational team arrested the suspect following intelligence information from the public”.

He confessed to the crime and also exposed his 16-member gang by giving their names and their hideouts to the LNSC.

Mr. Afolabi said that the suspect had been transferred to the Olosan Police Station, Mushin for further investigation.