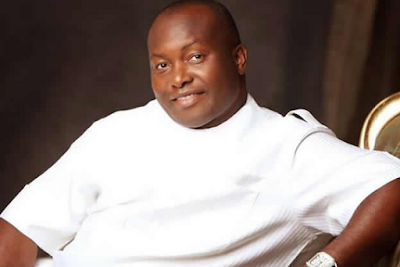 The Chairman of Capital Oil, Mr. Ifeanyi Ubah, has said only the court will determine the authentic candidate of the Peoples Democratic Party in the November 18 governorship election in Anambra State.

Ubah, at a press briefing in Abuja on Tuesday, insisted that Mr. Oseloka Obaze did not emerge through a transparent, free and fair primary.

He alleged that the primary was a fraudulent exercise, adding that he would not allow himself to be rubbished by the outcome of the exercise.

“The election is fraudulent and it is illegal. However, we will allow the court to determine whether the party has the right to trample on its own constitution and the Electoral Act.

“The commission supervised delegates’ election and the party submitted the names of the delegates. But my party manufactured new names and list a day to the primary.”

Ubah said as a loyal member of the PDP and one who stood by the party through thick and thin, his love for the party could not be questioned.

He described the Anambra governorship primary as “a show of shame as it was marred by obvious irregularities, leaving little to be desired and more questions than answers from the relevant authorities and party officials.”

He accused the Governor of Rivers State, Mr. Nyesom Wike, a former governor of Anambra State, Mr. Peter Obi, and some unnamed members of the party committees of robbing well-meaning people of Anambra of their earnest yearning for a potential governor with a robust pedigree and a time-tested proof of love for the people.

Ubah added, “In the quest for justice, I submit myself to fight this illegality and injustice for my sake as well as that of anyone who aspires to contest on the party’s platform and I hope that justice will prevail in the end.”