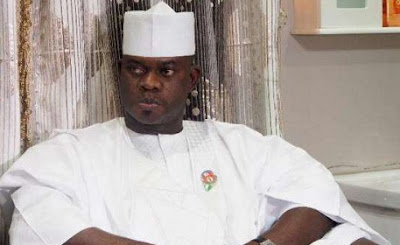 The ongoing indefinite strike by workers in Kogi has stopped all activities at government secretariat in the state, the News Agency of Nigeria reports.

Some workers of government establishments in Lokoja complied with the shun-work-order issued to them by the leaderships of the Trade Union Congress and the Nigeria Labour Congress, NLC.

NAN reports that public offices were under lock and key by workers, a development which frustrated attempts of some directors and management staff to enter their offices.

The indefinite strike also paralysed activities at the state broadcasting corporation, waterworks, while senior secondary schools across the state refused to open

Students of public senior secondary schools were seen returning after waiting for teachers and non-teaching staff to no avail.

Residents have also been thrown to panic and fear as houses had started experiencing shortage of water since early hours of Friday due to the strike.

The organised labour had on September 21 directed workers to stay off their duty posts following the alleged state government’s refusal to honour their demands as contained in a seven-day strike notice served on September14.

The workers are demanding full payment of their arrears of salary and allowances, leave bonus, yearly incremental and promotion arrears, among others.

They are also kicking against the introduction of clock in, clock out policy introduced by the state government which they described as punitive and an attempt to witch-hunt workers.

But Kingsley Fanwo, Director-General, Media and Publicity to the state governor described the strike action as a failure, insisting that most workers reported for duty.

In his reaction, the state secretary of the NLC, Olaniyi Fakunle said the strike was actually called at the request of the workers.

He said the strike would be grim later when basic education, health and local government workers would have joined.

Mr. Fakunle reiterated that workers would stay-off work indefinitely until government showed willingness to dialogue with them and honour their demands.