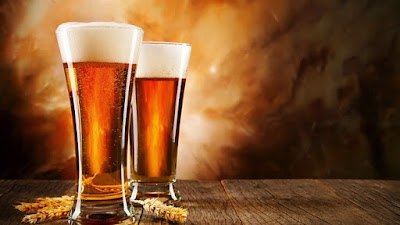 An eyewitness said, yesterday, that the gunmen that abducted Dr. Andy Ehanire, Executive Director of Ogba Zoo and Nature Park in Benin, the Edo State capital, on Sunday, tricked the murdered policemen with beer.

This came as the state’s Police Commissioner, Haliru Gwandu, said militants were responsible for the murder of the three Police officers and the abduction of Dr. Ehanire. The victim, Ehanire, is the younger brother of Minister of State for Health, Dr. Osagie Ehanire.

Gwandu made the claim in Benin when he visited the Ogba Zoo, Airport Road in Oredo Local Government Area of the state. He said: “It was an unfortunate incident.

We lost three of our personnel. This is the work of militants. They came and unfortunately killed our men, but we are on the trail of the hoodlums.

“We have been able to recover the vehicles they used. We are using all the available means, including ICT, to fish out the perpetrators. They cannot go free. Let me assure the public in Edo State that we are on top of the situation and that they should go about their normal duty.

All hands are on deck to ensure that the hoodlums are fished out.” Eyewitness account Giving insight on the incident, one of the Zoo’s staff told Vanguard that the assailants came as fun seekers.

According to the staff, “after I finished my morning duties, people began to enter the zoo. At this time, my boss had not come.

When he came at about 1p.m., I went to tell him that I had a birthday party to attend and he gave me permission to go.

“I left for the birthday, hoping to come back to resume duty later in the day. “When I eventually came back at about 6p.m., I met three policemen lying dead on the ground. I was shocked.

I saw people running for safety and the boss being taken away. It was those we met at the scene that told us what happened.

“They said one of the kidnappers paid to enter the zoo with worn out money, which was rejected by the casher at the gate. When the money was rejected, he went back to get a better money to pay. “At this time, their informants had already gained entrance into the zoo as fun seekers.

When the informants finally studied the terrain, one of them decided to engage our director in conversation. “Our boss started telling him his plans to put up a world tourism day.

As one of them engaged my boss in a conversation, the other one went straight to the security personnel and asked them if they had not closed for the day. They decided to order for drinks for the officers. “

So they bought the officers beer and as they dropped their guns to drink, the hoodlums opened fire on them, killing them instantly. We have not heard any information about the whereabouts of our boss.”