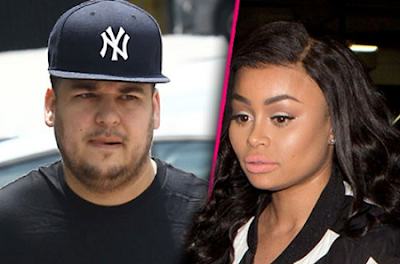 Rob Kardashian is suing ex Blac Chyna for trying to strangle him with an iPhone cord after consuming drugs and alcohol according to a new report.

The 30-year-old has made the explosive allegations in a new lawsuit according to The Blast on Wednesday.

In the documents obtained by the publication, the youngest Kardashian claims that the 29-year-old make-up mogul had drugs and alcohol in her system on the night of December 14, 2016 when a few ugly incidents had happened.

Perhaps the most damning was the allegation that Chyna had lunged at Kardashian in an attempt to strangle him with an iPhone charging cable.

He claims that he was able to escape the asphyxiation but she had chased after him and repeatedly hit him in the head and face.

Kardashian also claimed that he had suffered injuries to his neck and even documented the whole thing including rips in his shirt specifically around the collar according to the report from The Blast.

Before that Chyna FaceTimed with two of the reality star's friends and was brandishing Rob's gun and even pointing it at the camera according to him.

It all seemingly came to ahead when Chyna allegedly wrecked the house including damaging the TV, breaking cell phones, smashing a door, destroying walls, and even crushing a gingerbread house that was made for Christmas.

The home was not even Kardashian's property as he was renting from younger half-sister Kylie Jenner at the time.

According to The Blast, the 20-year-old cosmetics entrepreneur is also suing Chyna due to it being her property with an estimation that there was an excess of $100K in damage done to it.

In the end the father of Dream Kardashian had attempted to flee the house in his Bentley but his then fiancee reportedly threw a chair at his car and even went as far as using a metal rod to hurt Rob.

Sources for the gossip site claim that the only Kardashian brother did not publicize the incident until now because he was still in love with Chyna at the time.

They also claim he did not want the mother of his child arrested and for her to make a huge scene when law enforcement showed up.

At the time Rob famously took to Snapchat to document an empty house as he said that Chyna had left him and taken their baby daughter Dream.