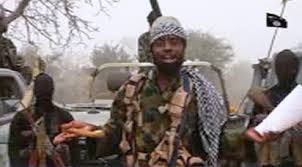 Health officials in North-eastern Nigeria have expressed concern that the Boko Haram insurgency is seriously affecting the fight against malaria in the region.

The Adamawa State Commissioner for Health, Fatima Atiku, disclosed this on Tuesday at a media orientation workshop organised for journalists in the state.

Malaria is the most common preventable public health problem in Nigeria as it affects 97 per cent of Nigerians, especially children under five years of age and pregnant women.

“It is unfortunate that the Boko Haram insurgency had affected the fight against Malaria, because since last two years (2015) the Long Lasting Insecticidal Nets (LLINs) campaign did not hold; people had fled, local government areas were hitherto taken over by the insurgents,” said the commissioner.

Mrs. Atiku, who was represented at the workshop by the Director Public Health, Bwalki Dilli, solicited media support for the success of the programme in the state.

She said that during the campaign, all households would be given net cards to be used in collecting free nets.