How Evans Plotted To Escape By Bribing Guard 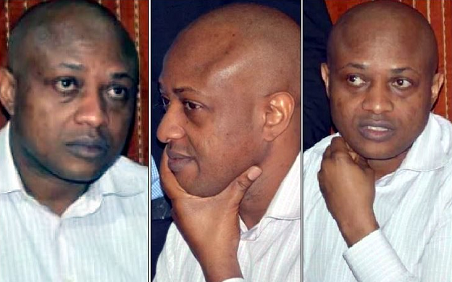 Kidnapping suspect Chukwudubem Onwuamadike, alias Evans, plotted to escape from police custody before his arraignment in court, The Nation learnt over the weekend. But police detectives, especially those in the Intelligence Unit, aborted his plot.

The Nigerian Prison Service (NPS) has now formed a heavy security ring around the suspect.

After months of hide and seek, the police arrested ‘Evans’ on June 10 at No. 3, Fred Shoboyede, Magodo, Lagos. He is standing trial before an Ikeja High Court for alleged conspiracy and kidnapping alongside five others.

All the suspects were on August 29 remanded in Kirikiri Maximum Security Prisons.

Unknown to many Nigerians, the kidnapping kingpin had allegedly tried to escape from his cell in Abuja after he was transferred from Lagos.

The source said Evans was allegedly coordinating his escape bid with some members of his gang by telephone which he obtained through “suspicious” means.

It was learnt that intelligence officers and IGP’s Special Tactical Squad detected his plot.

The source said: “When Evans was in our custody, he tried to escape but we were able to abort all his plans. We discovered that he had access to phones which were hidden in the middle of loaves of bread, eba, semovita and so on.

“He was making calls from these smuggled phones in the middle of the night, making arrangements with some yet to be identified members of his gang to arrange for his escape.