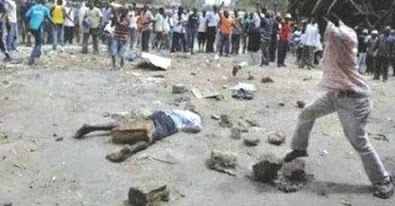 They were charged with five counts bordering on criminal conspiracy, kidnapping, armed robbery, culpable homicide and illegal possession of firearms.

The septuagenarian was reportedly kidnapped on May 18, 2017 in the Doguwa Local Government Area of Kano.

In a short ruling on Tuesday, the presiding magistrate, Aminu Fagge, ordered that the defendants should be remanded in the prison custody and adjourned the case till October 23 for mention.

Earlier, the prosecutor, Inspector Yusuf Sale, had told the court that the accused, including one Iliyasu Moshede, who was said to be at large, attacked the victim with an AK47 rifle, cutlasses and knives in his home.

He added that the accused kidnapped and robbed the victim of the sum of N85, 000 as well as his motorcycle.

“Soon after kidnapping the victim, the accused took him to their hideout on Shetu Hills in Falgore Forest, Kano, where they demanded N5m ransom from his family members,” the prosecutor said.

Following the failure of the family members to provide the money, the prosecutor said the defendants stoned Danbuba to death on May 22.

According to the prosecutor, the defendants acted contrary to sections 97, 17, 15 of the Terrorism (Prevention) Act 2013 and the provisions of the Robbery and Firearms Special Act Cap 221 of the Penal Code.