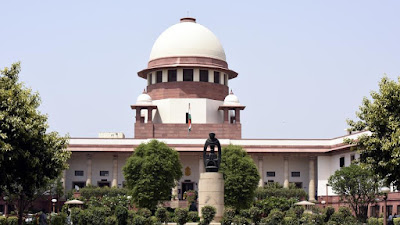 The Supreme Court on Wednesday criminalised sex between a man and his underage wife provided the woman files a complaint within a year, a landmark order that fixes the age of consent at 18 for all girls.

“If a minor wife complains of forced sexual intercourse within a year of marriage, police needs to take action,” the court said hearing a petition that called for scrapping of a provision in the rape law that allowed a man to have sex with his underage wife even without consent.

The order also comes at a time when the court is hearing petitions calling for marital rape to be declared a crime.

The verdict would have prospective effect and have no bearing on marriages already solemnised, the court said, addressing concerns of the government.

Defending the rape law exception, the government had told the court during an earlier hearing that India had 23 million child brides and criminalising the “consummation of the marriages” as rape would not be appropriate.

In India rape and child marriage laws disagreed on age of consent. Section 375 of the Indian Penal Code says sex with a girl who is below 18 is rape but it had an exception, which allowed a man to have sex with his underage wife, 15 or above, even without her consent.

The provision was also contrary to the child marriage act that puts 18 as the age of marriage for girls and 21 for men.