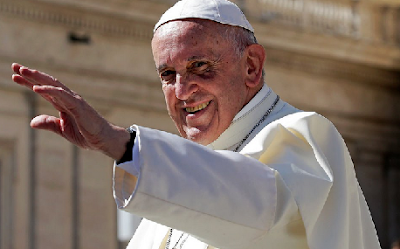 The pope has racked up 40 million followers on Twitter, the Vatican said on Wednesday, underlining the Catholic leader's status as one of the world's biggest social media players.

A net nine million new Twitter users have followed the various @pontifex accounts in the last year, according to the Vatican, which views the micro-blogging site as increasingly important for communicating with the faithful and non-believers.

Francis, 80, has become a star of the platform despite the religious nature of most of his tweets.