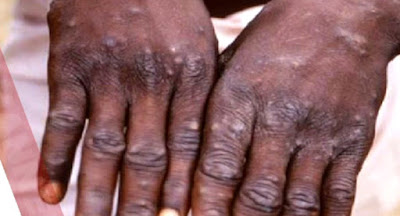 Some residents of Gwagwalada Area Council of FCT, have prevented their children from receiving polio vaccine being administered on children in the ongoing immunisation in the Territory.

A correspondent of the News Agency of Nigeria (NAN) who monitored the exercise on Tuesday in Gwagwalada, reports that some parents prevented health workers from immunising their children.

They cited the outbreak of monkeypox in some states as their reason for preventing their children from receiving the polio vaccine.

One of the parents, Mariamu Alli, said she was not disposed to granting access to health workers to vaccinate her children due to the rumour about the outbreak of monkeypox.

“The rumour in town is getting us scared; we don’t want to take any chances,’’ she said.

Oluwadera Wisdom said that though her children had received polio vaccine in the past, the news about the outbreak of monkeypox was scaring her from presenting her children for immunisation.

However Ezeonu Chizaram, who dismissed the outbreak of monkey pox as rumour, allowed health workers to vaccinate her children.

“This vaccine is for our children and the government has spent a lot of money to make it available.

“People are rejecting the vaccine out of ignorance,’’ she added.

Reacting to the development, Adeyemi Adeniran, a medical doctor and the council’s Head of Health and Human Services department, told NAN that the vaccine was essentially meant to eradicate polio.

“This is not a vaccine to reduce the number of a certain sex in the society, but to eradicate polio.

“By our status we shouldn’t be among countries with polio,’’ Mr. Adeniran said.

On his part, the Supervisory Councillor for Health, Usman Noma, promised that the council would continue to sensitise parents on the importance government attached to immunisation.

“The vaccine will help in eradicating polio from the society.

“The rumour is wrong and it will not help our children. That is why we are out to talk to our people not to reject the vaccine”, he said.