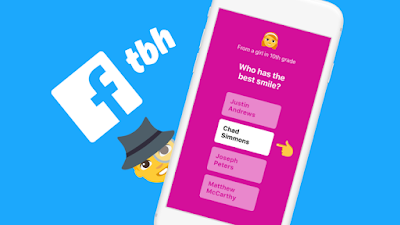 Facebook has bought tbh, an app that lets people give each other compliments by participating in anonymous quizzes. The teen-focused app, which is currently only available in a handful of states in the US, has been the No. 1 free app in the iOS App Store for more than three weeks now.

Facebook did not disclose the amount that it paid for the app. In a Forum post announcing the acquisition, the creators of tbh said that it had been downloaded more than 5 million times in the last few weeks. A billion messages have already been sent through the app.

Tbh, which stands for "To Be Honest," will continue operating as a standalone app under Facebook, a Facebook spokeswoman told the Wall Street Journal.