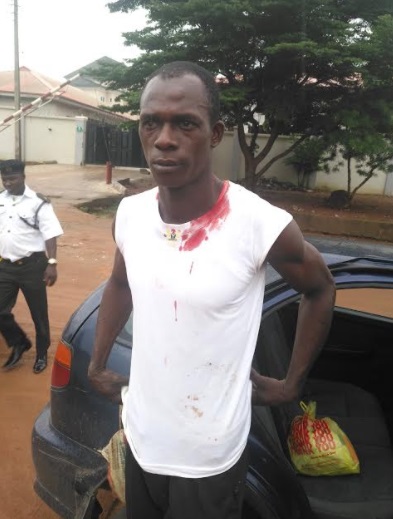 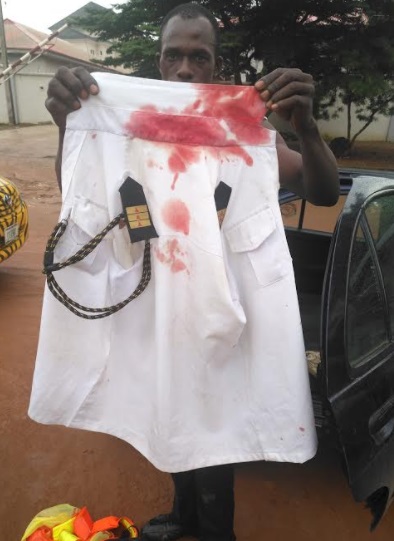 A VIO officer with his names as Sunday Danlandi was on friday allegedly assaulted by a taxi driver and his friends. John Oputa, a Ladun Liadi (LL) reader based in Abuja sent in the report as an eyewitness. John says, the VIO official stopped the taxi driver, but unknown to him, the taxi driver was an agbero and before he knew what was going on, his agbero friends joined him, and beat up the official leaving him injured in the process.

According to John, he was the one who stopped the assault. A photo of COOL John also below... And please before you say why post his photo, it wasn't at your own request ooo. Eshey, lol... (Eshey means thank you). Continue.... 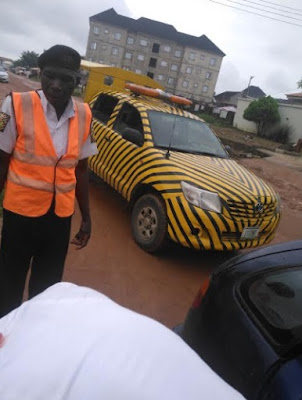 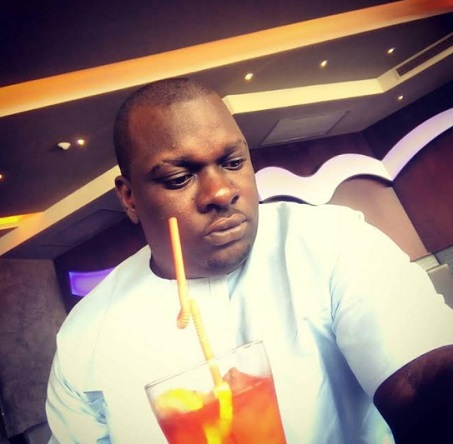