Photo: Married Woman & Lover Found Dead In A Car At Ogba Making Out 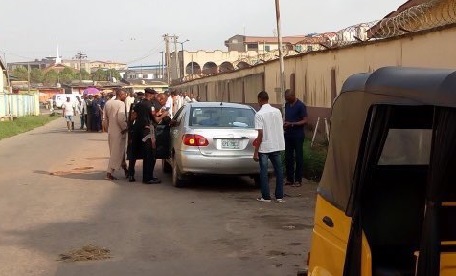 A married woman, believed to be a mother of four has been found dead with her lover. They were found dead this morning in a toyota corolla car, with the air condition of the car still working. Apparently the two were said to have made love and died while on it. They were both found naked in the car, with the man holding his P, and the woman stark naked. The man is believed to be married too. Eyewitnesses who left home very early this morning noticed the air condition of the car was on, but people inside weren't moving. People gathered and the police were called.

A lot of people have been judging them on social media, but I will like to say, speak no evil, lol. Whatever happens, may their souls rest in peace. Really sad.. What those that saw them said after the cut. 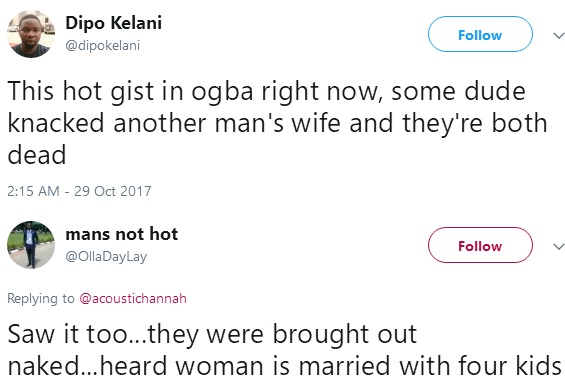